One of the most important aspects of an old-styled shooter game is its music, and ULTRAKILL does not disappoint in any capacity. Most of the game's OST is composed by Hakita himself, with the exception of Clair de Lune, BWV 639, Take Care, and The Cyber Grind. The OST is available on Hakita's Bandcamp under the alias Heaven Pierce Her.

Much of the soundtrack is fast-paced metal or rock with breakbeat, mixed with some calm songs interspersed throughout. Many of the songs use MIDI tracks as a base, overlaying actual instruments to add depth, giving the game's soundtrack its classic yet modern feel. Frequently sampled by ULTRAKILL's songs is the Amen break, an insanely widespread drum sample that is frequently used in popular music.

The ULTRAKILL OST is divided into individual albums, typically coinciding with the game's own acts. The soundtrack for ACT I: INFINITE HYPERDEATH and Layer 4: Greed has been released and is available now. The rest of Act 2 and 3's soundtracks will presumably become available shortly after each act launches respectively.

This album makes up the music of ULTRAKILL's prelude as well as most of the music in ULTRAKILL Act I.

Music added to Act I in the Soul Survivor[1] update.

Music that plays throughout ULTRAKILL Act II. Currently, only music from the Greed layer has been released, with more to come. Thus, this list and its ordering is subject to change.

The following tracks are songs that are present in ULTRAKILL, but not in any current release of the OST:

While not much has been officially released, an early version of the Ferryman's theme, "He is The Light in My Darkness" has been teased for Screenshot Saturday. The files for the prototype music of 5-1 can also be found in the game files. 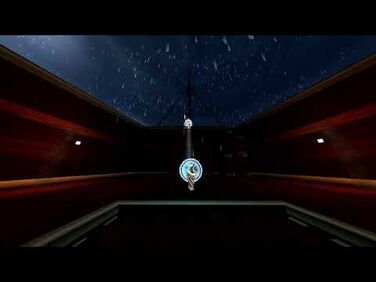